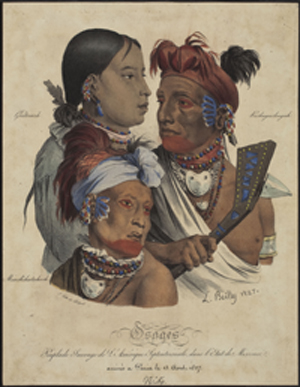 The wide range of material included in American Indian Histories and Cultures presents a unique insight into interactions between American Indians and Europeans from their earliest contact, continuing through the turbulence of the American Civil War, the on-going repercussions of government legislation, right up to the civil rights movement of the mid- to late-twentieth century. This resource contains material from the Newberry Library’s extensive Edward E. Ayer Collection; one of the strongest archival collections on American Indian history in the world.

A note on the selection process...

The Ayer collection is truly vast, containing 130,000 volumes, over one million manuscript pages, 2,000 maps, 500 atlases, 11,000 photographs, and 3,500 drawings and paintings. The collection covers not only American Indian history, but archaeology, voyages, exploration and accounts of early America, the development of cartography, Philippine and Hawaiian history, and Central and South American history.

Almost all of the unique Ayer manuscript collection has been included where the items were directly related to the themes listed below. We also selected a large proportion of visual material, including art work, photographs and maps. Some rare printed items were selected to add context to the manuscript material. We have also included some of the Ayer Modern Manuscript collections and some twentieth century American Indian newspapers to try to bring the story closer to the present day.

We have endeavoured to handle the material and subject matter sensitively and have followed advice to exclude certain documents and collections due to their sensitivity, especially some of those surrounding ceremonies and religious practices. We also took advice from the academic advisory board and from the Newberry Library throughout the development and production processes.

Director of the D'Arcy McNickle Centre, Scott Manning Stevens, introduces this unique collection in his essay: Mr. Ayer’s Community Service: The Creation and Use of a Great Collection.

American Indian Histories and Cultures is fully cross-searchable with The American West collection; an award-winning resource from Adam Matthew on Western Americana sourced from the Newberry Library’s prestigious Everett D. Graff Collection. These collections complement each other brilliantly through related documents, valuable secondary resources and similar thematic content. You will find helpful links to expand your search across both collections and links to The American West document list throughout the site. 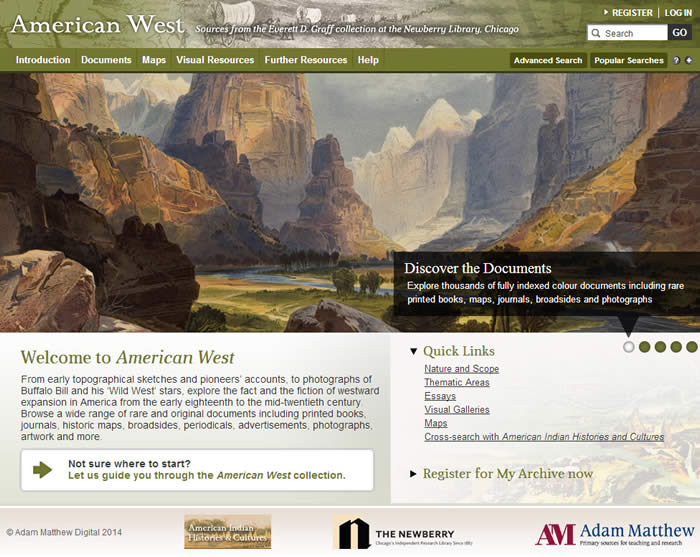 All editorial decisions relating to this project have been made with great care, consideration and with the utmost sensitivity. We have been advised throughout by notable academics in the field across North America, as well as by the Newberry Library itself.

Every care and attention has been paid to preserve the historic authenticity of these documents which range widely in date from the early 16th century to the end of the 20th century. Any terminology that may be deemed discriminatory or offensive by present-day principles may have been preserved for the historic accuracy and relevance to that particular document.

This rich selection of primary sources covers such important themes as:

Providing information on subjects such as:

The combination of primary documents and secondary resources provides an extensive overview of American Indian History in North America. Key periods covered include: